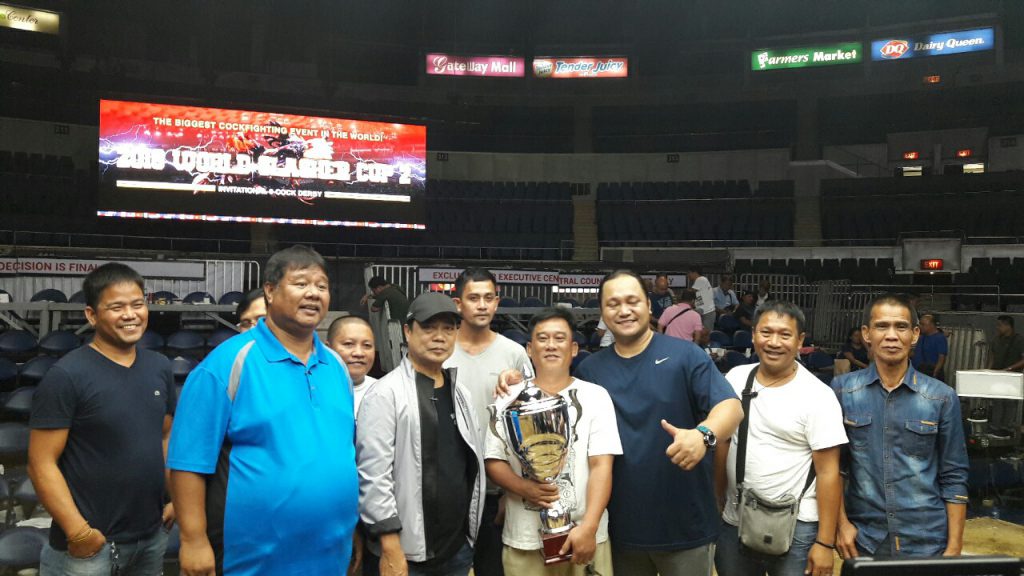 New champ Rey Briones (in cap), whose entry Greengold Uno with partner Rod Advincula, bested all others to be the 2018 WSC 2 sole winner

Greengold Uno, owned by Rey Briones of Masbate and his new farm manager Rod Advincula, emerged as the best of them all. They bagged the solo championship with 7.5 points out of a possible 9 points.

Briones, owner of the sprawling Spartans Gamefarms in Bulacan, had only four points by the end of the semis but managed to collect 3.5 points in the grand finals for the surprise victory.

Hosted by the Pintakasi of Champions, the World Slasher Cup is known internationally as the Olympics of Cockfighting. It remains the most prestigious derby event in the world.