World Slasher Cup returns in May 2021 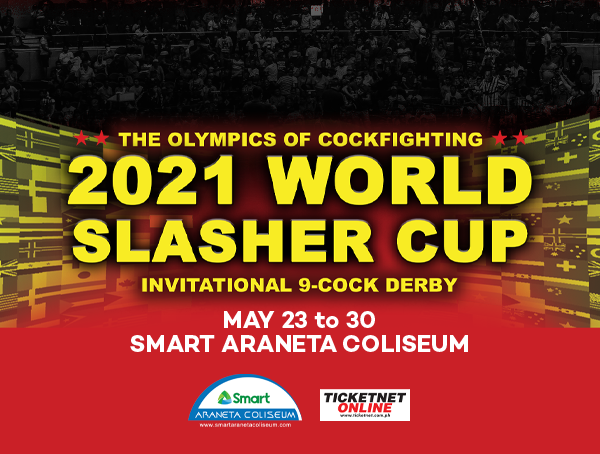 Relive the excitement of cockfighting as the prestigious and highly-anticipated World Slasher Cup returns at the Smart Araneta Coliseum this year!

The best fowl fighters and cockers from around the world will once again collide in thrilling matches at the famous Big Dome from May 23 to 30, 2021.

Considered as the “Olympics of Cockfighting,” the World Slasher Cup has been staging what is considered by enthusiasts and champions alike as the Holy Grail of cockfighting since 1963.

The long-running international cockfighting derby last saw action in January 2020 with the rise of champions who all won their WSC titles for the first time: Edwin Tose and Daday Siochi (419 DS Solid North GF), Carlos Gayoso and Arnold Mendoza (Matandang Gasan 1), and May May (Batang San Juan).