BE UPDATED ON WORLD SLASHER CUP ON SOCIAL MEDIA

Join us on social media and be in the know on the World Slasher Cup. 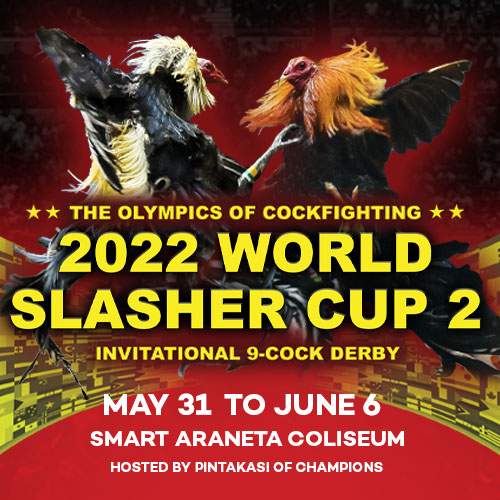 The much-awaited post-pandemic return of the World Slasher Cup is not yet over! After the successful comeback of the world-class derby last March 2022, which saw the rise of solo champ Read more >> 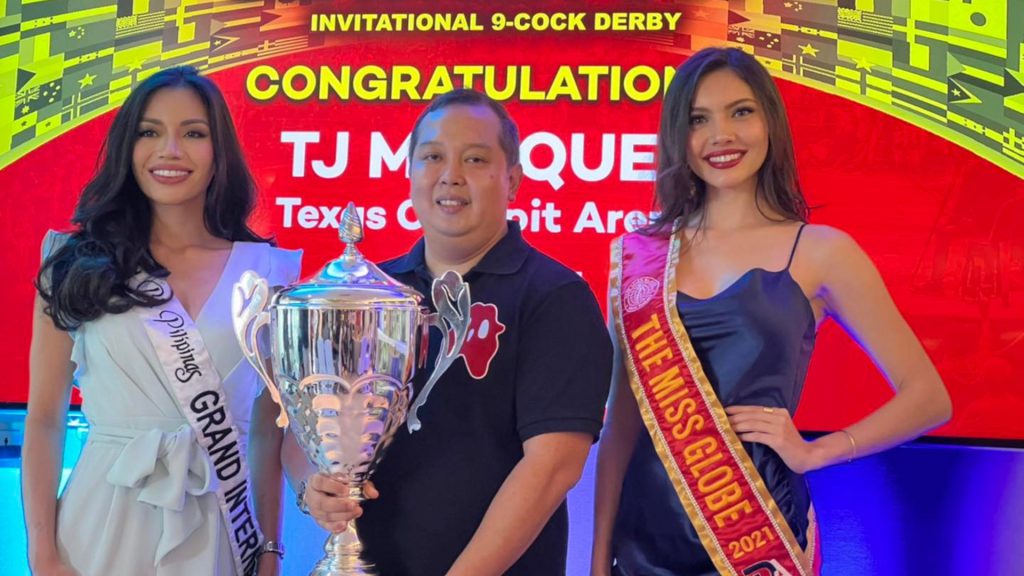 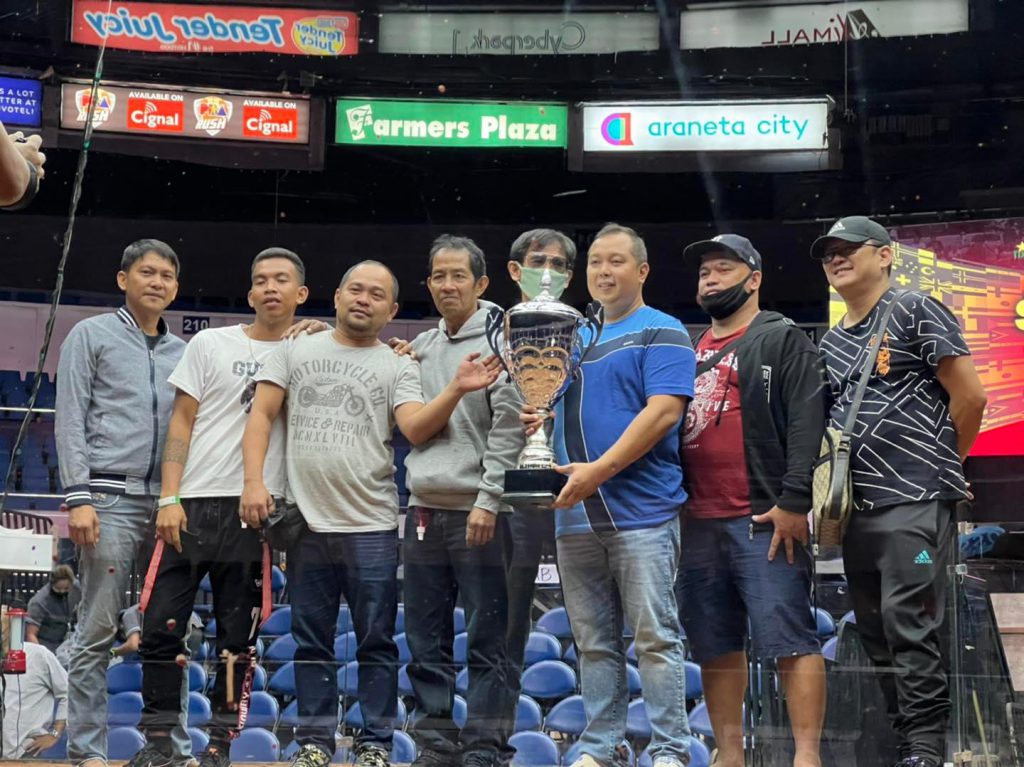 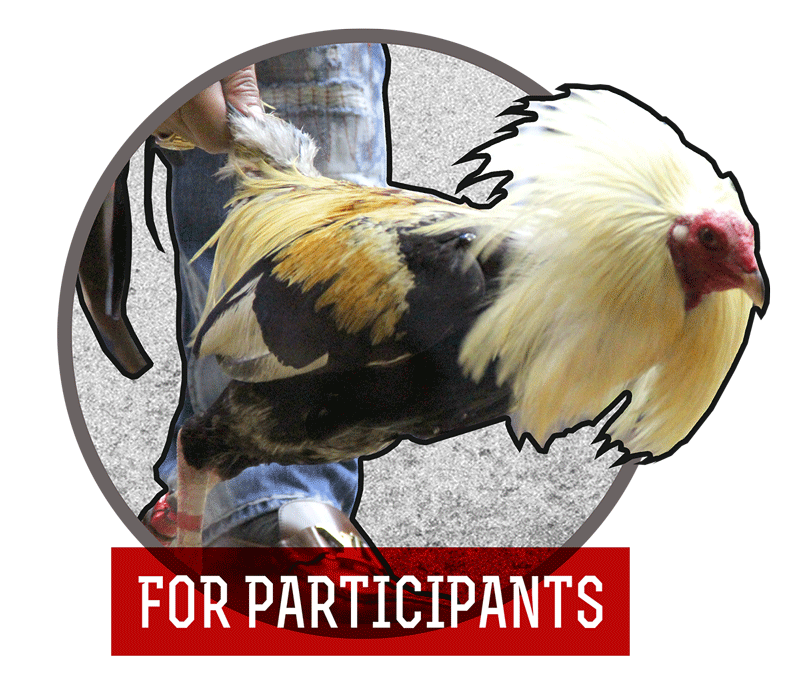 Click here for tips on how to get to the venue, where to stay and what to do.

Since it started in 1963 at the Araneta Coliseum, the World Slasher Cup has become the biggest, most prestigious international cock derby that attracts the best breeders and cock fighters from the Philippines and around the world. Known to its participants and aficionados as the “Olympics of Cockfighting,” the World Slasher Cup has elevated cockfighting from being a Filipino pastime and a pre-Spanish heritage into a true gentleman’s sport.

The World Slasher Cup is held twice annually in the mecca of sports and entertainment, the Smart Araneta Coliseum, and is considered by enthusiasts and champions alike as the Holy Grail of cockfighting. Well-known breeders and cockers from the United States, Kuwait, Indonesia, Malaysia, continue to challenge their Philippine counterparts with the toughest bloodlines that vie for championships. The foreign contingent include prominent fixtures in the event, like Hall of Famers Mike Formosa and Buth Cambra of Hawaii, and Roger Roberts of Atlanta, Georgia, among others; as well as local returning champions Patrick Antonio, Ed Apari, Rey Briones, Frank Berin together with Greg Berin. 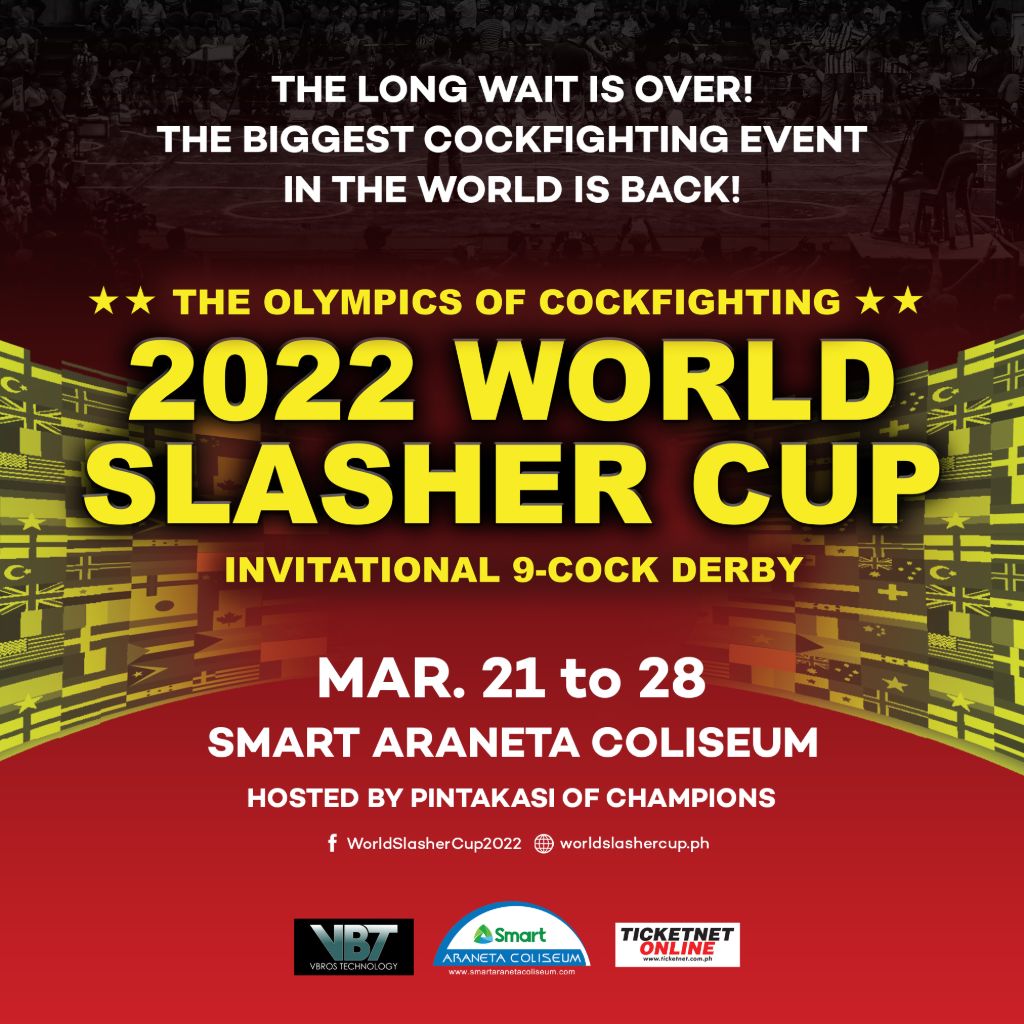 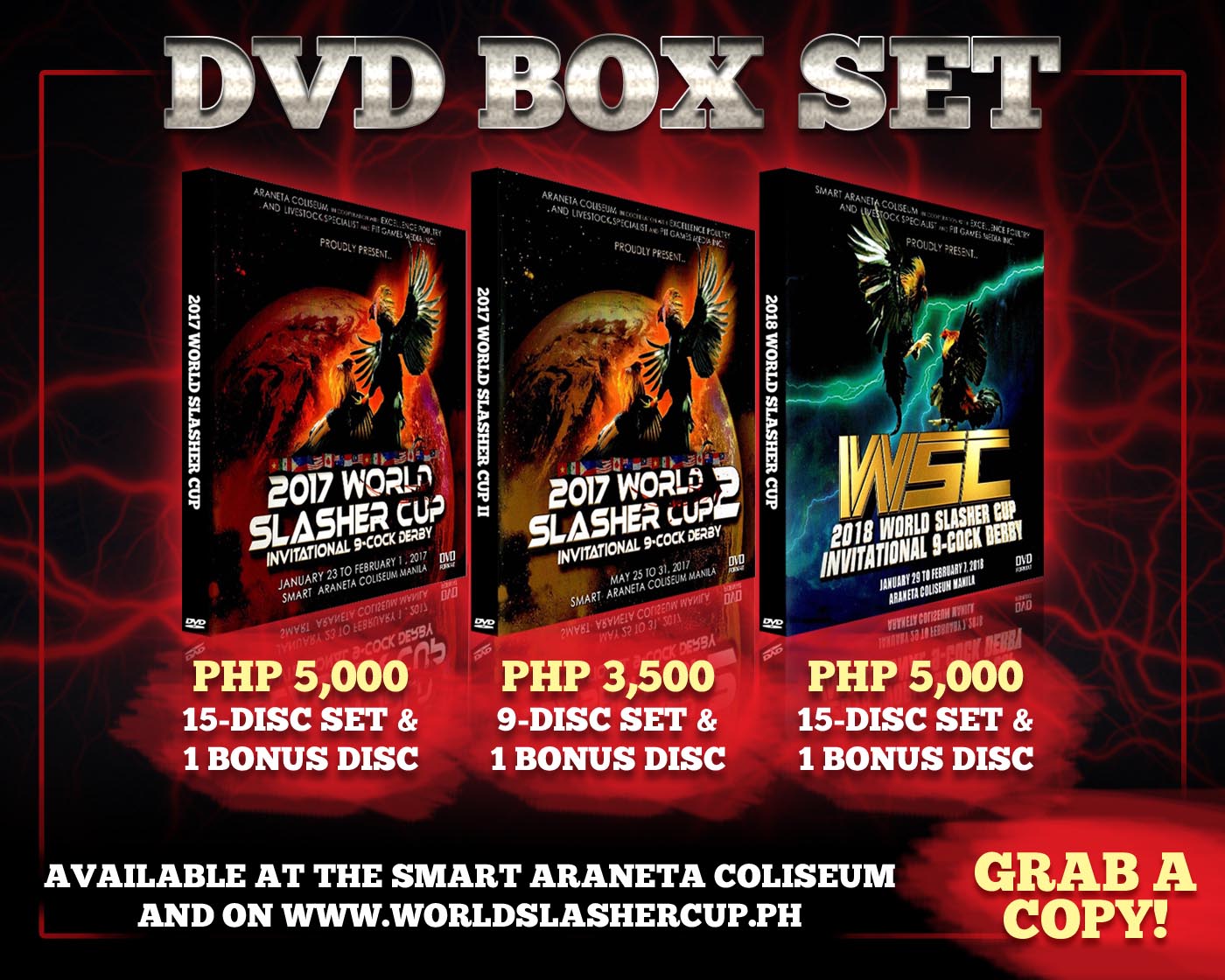 The LIMITED EDITION DVD boxed sets are available for now to walk-in buyers at the Snaxx Counter in Gateway Cineplex, L4 Gateway Mall; and to guests during the WSC at the Big Dome.