The Pintakasi of Champions, host of the 2018 World Slasher Cup Invitational 9-Cock Derby at the Smart Araneta Coliseum, bared the winner of the prestigious event that held its Grand Finals on February 7.

Cockfight idol Rep. Patrick Antonio emerged victorious with 8.5 points and was declared the solo champion in the wee hours of Thursday morning, after a gruelling 88-fight Grand Finals that began at 1pm on Wednesday.

With the surprise good performance of first-timers, newcomers are expected to try their luck when the WSC 2 returns on May 6 to 12. The same nine-cock format will be adopted in the shorter, seven-day cockfest. 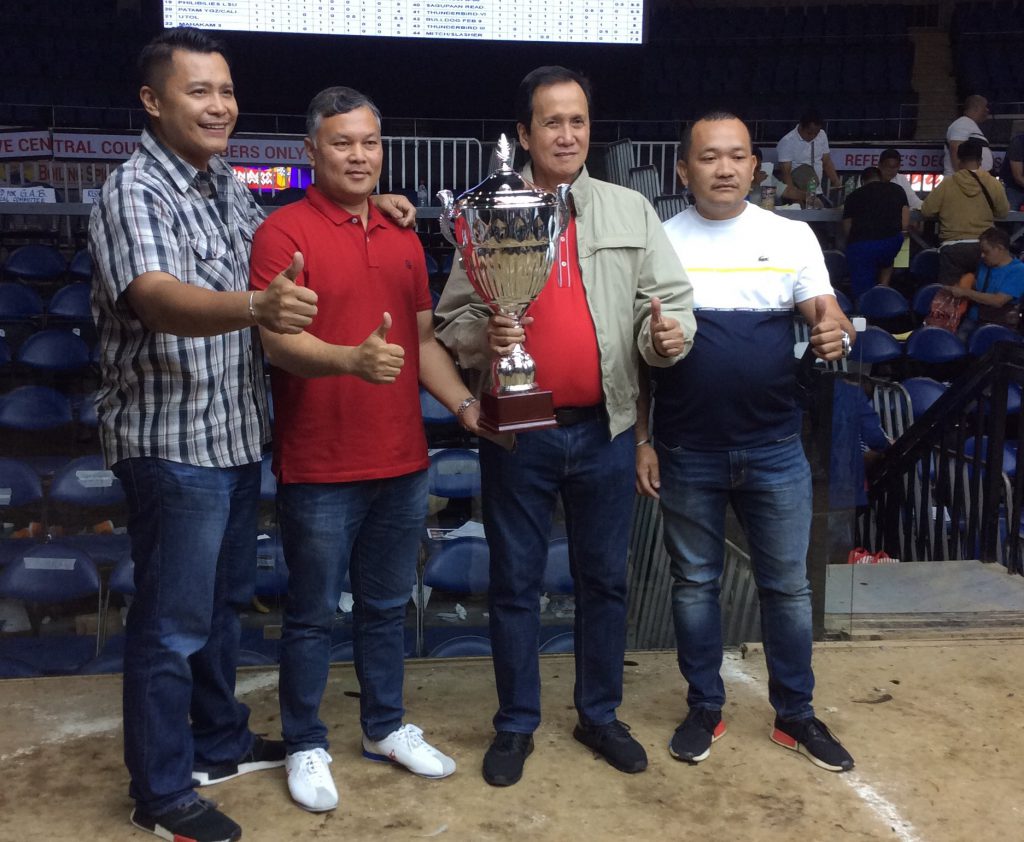 Patrick Antonio (2nd from right) and crew, whose entry emerged as the sole champion of the first edition of the 2018 World Slasher Cup held at the Smart Araneta Coliseum